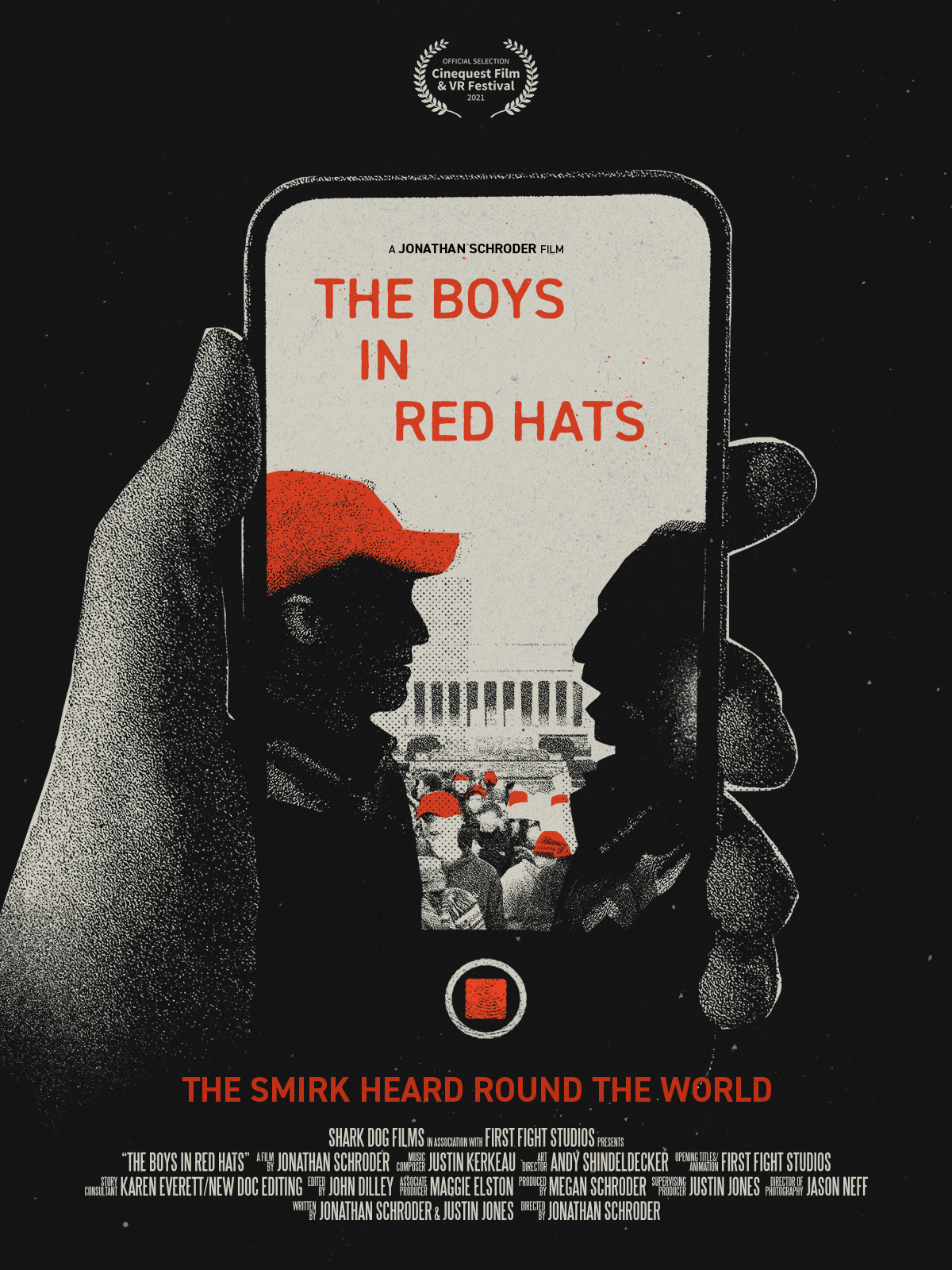 The Boys in Red Hats

January 18, 2019: Surrounded by cheering classmates on the steps of the Lincoln Memorial, 17-year-old Nick Sandmann instantly and unwittingly became a global headline as he appeared to confront Nathan Phillips, a Native American elder. Clips of the interaction went viral, Sandmann and his classmates hit with a tidal wave of worldwide outrage and the entire Covington Catholic community suddenly at the center.

A graduate of that elite institution, filmmaker Jonathan Schroder watched the incident – and the subsequent media blowback – with keen interest. Seeking to better understand the scene on the steps, the people involved in it and its larger ramifications for the community, the media and our democracy as a whole, Schroder sets out to investigate how one fleeting interaction can become a global controversy.

THE BOYS IN RED HATS covers important conversations around the themes of media literacy, privilege, racism, and cross-cultural connections. It deftly explores the media’s obsession with immediacy over accuracy, the danger in prioritizing intent over impact and what it’s going to take if we ever hope to bridge the deep divides in our communities—and in our country.

“…a deep, honest look at the infamous January 2019 confrontation at the Lincoln Memorial…asks…how did we get here? …the first step to finding common ground and enacting change.” – Film Threat

“Takes a scrappy look at the incident [and] ultimately reveals that there’s a lot of gray area in our political landscape… Will likely have both liberals and conservatives shouting back at the screen.” – San Jose Mercury News