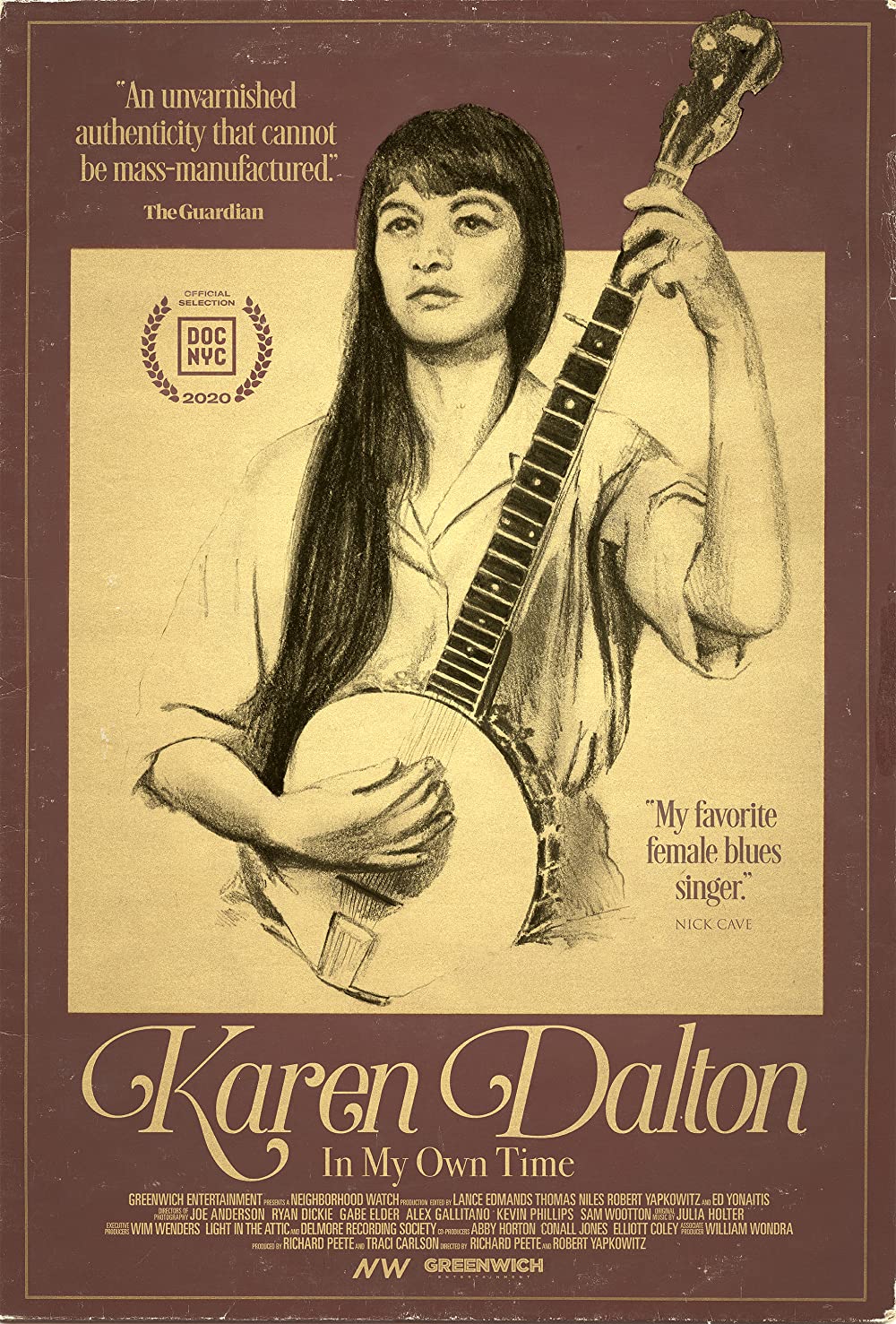 Karen Dalton: In My Own Time

A portrait of blues and folk singer Karen Dalton, a prominent figure in 1960s New York, who discarded the traditional trappings of success.

“It’s as much a meditation on class and gender politics as it is a trip down memory lane.”— Chicago Reader

“This heartfelt portrait, which brings the artist tantalizingly close, will certainly bring greater renown to Dalton. But she remains, stubbornly, unknowable.” — Austin Chronicle