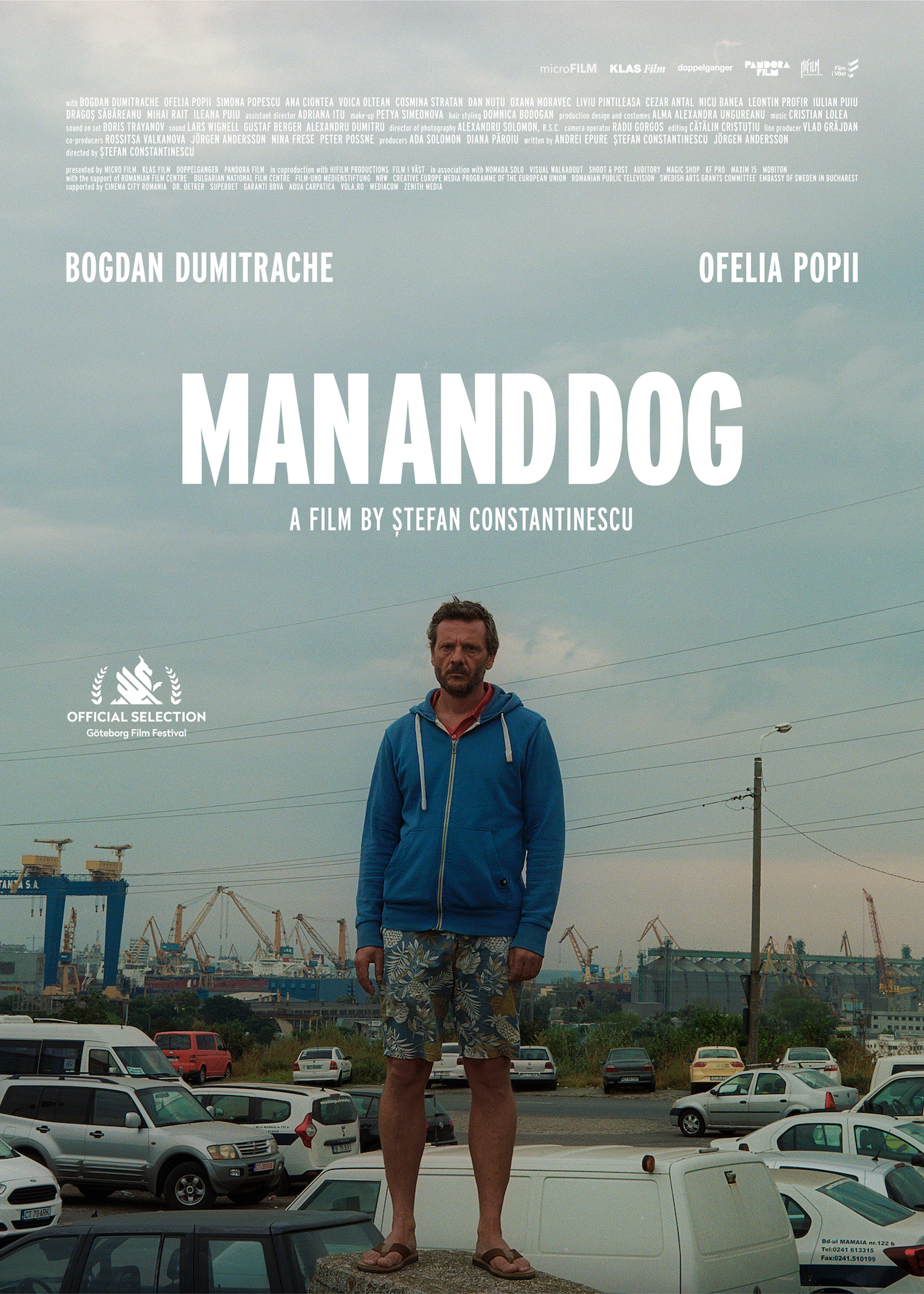 After a mysterious text message from an unknown number, Doru suddenly leaves his work in Göteborg and returns to his hometown in Romania with a growing load of jealousy on his back. The message claims that his wife is unfaithful and, despite the evidence contradicting this, he lets his anxiety grow to gigantic proportions and initiates on his own a meticulous investigation. MAN AND DOG is a deep dive into the patriarchal male role, a guestworker’s absent existence and a breathtaking exposé of a man’s paranoia trip, as well as a skillful display of stylistically pure arthouse with cataclysmic emotional crescendos.