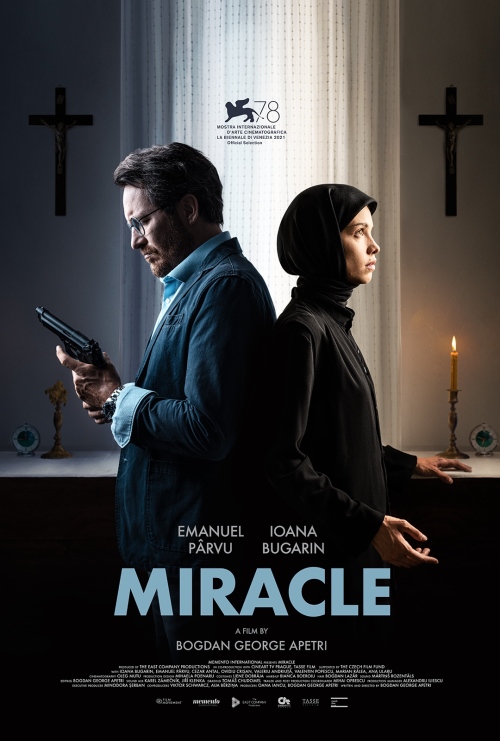 Divided into two chapters, MIRACLE follows young nun Cristina as she sneaks out of her isolated monastery to attend to an urgent matter. Her enigmatic journey takes her all around town, but she is seemingly unable to solve her problem and find the man she is looking for. Out of options, she returns in the evening only to meet an unexpected fate on her way back to the convent. The second part of the film deals with Marius Preda, a determined police detective trying to understand what happened to her. Marius retraces Cristina’s journey, step by step, through all the places she visited. In a perfectly mirrored structure, his investigation uncovers clues and revelations leading not only to the unfathomable truth behind Cristina’s mysterious actions, but possibly, to an actual miracle as well.