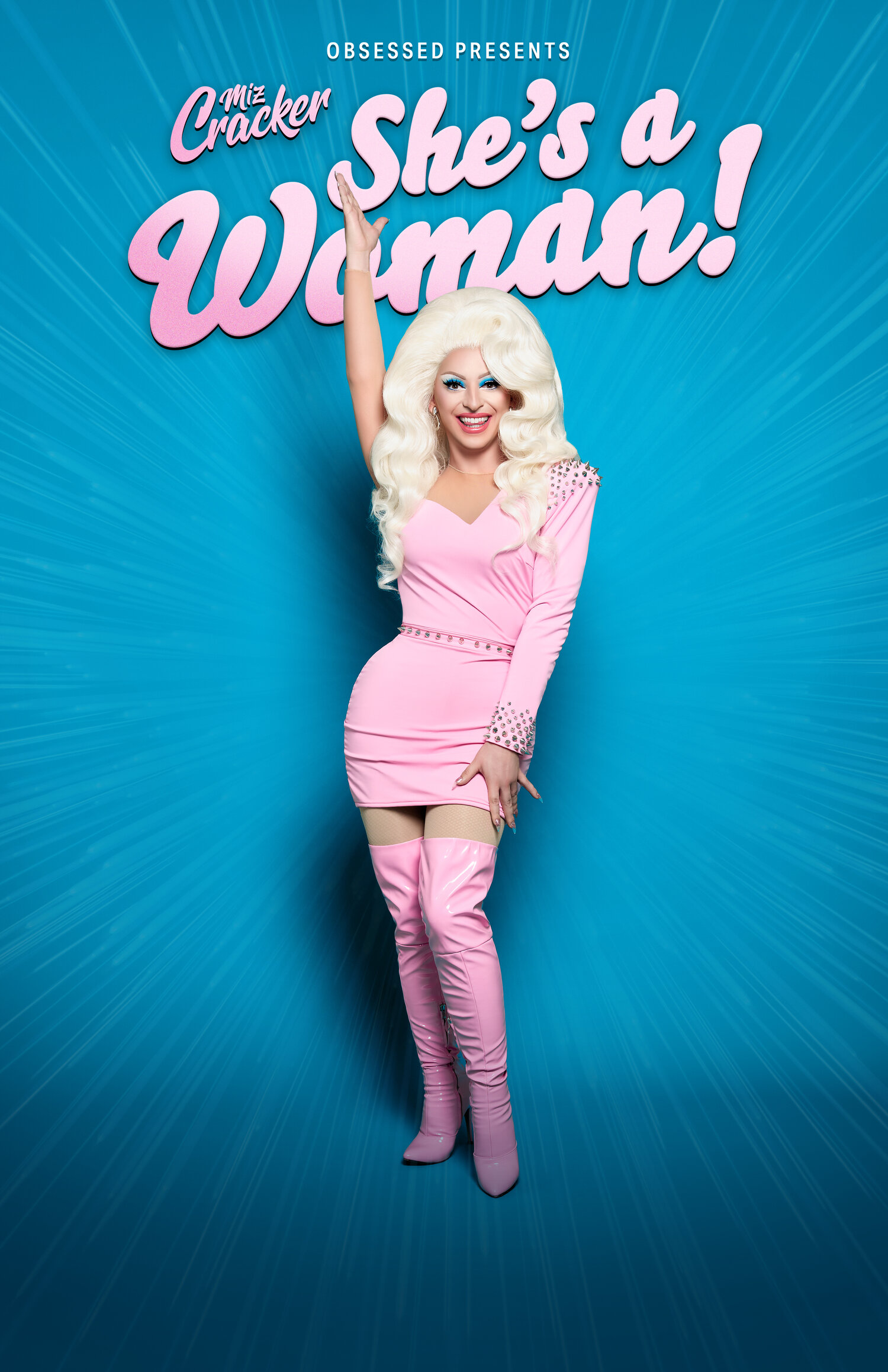 FOR THE FORESEEABLE FUTURE THE FOLLOWING IS REQUIRED FOR ENTRANCE TO ANY UNION STAGE OR UNION STAGE PRESENTS SHOWS: PROOF OF VACCINATION AT LEAST 14 DAYS FROM YOUR SECOND SHOT. A MASK MUST BE WORN AT ALL TIMES ON PREMISES UNLESS YOU ARE ACTIVELY DRINKING OR EATING.

Miz Cracker is a New York City drag queen—and a writer, foodie and comedienne. She launched her drag career in 2011 while participating in marches for marriage equality in Times Square. She went on to compete in RuPaul’s Drag Race Season Ten, landing a spot in the top five and becoming a fan favorite. She later appeared in RuPaul’s Drag Race All Stars Season Five, landing a spot in the top 3. Today, she tours the world with her one woman shows; delights fans on her YouTube channel; lectures on drag at top universities; writes for publications like Slate, ArtForum, Vice and GQ; engages nearly 1.5 million followers across social media; and tells the stories of incredible women through her interview podcast, She’s a Woman.