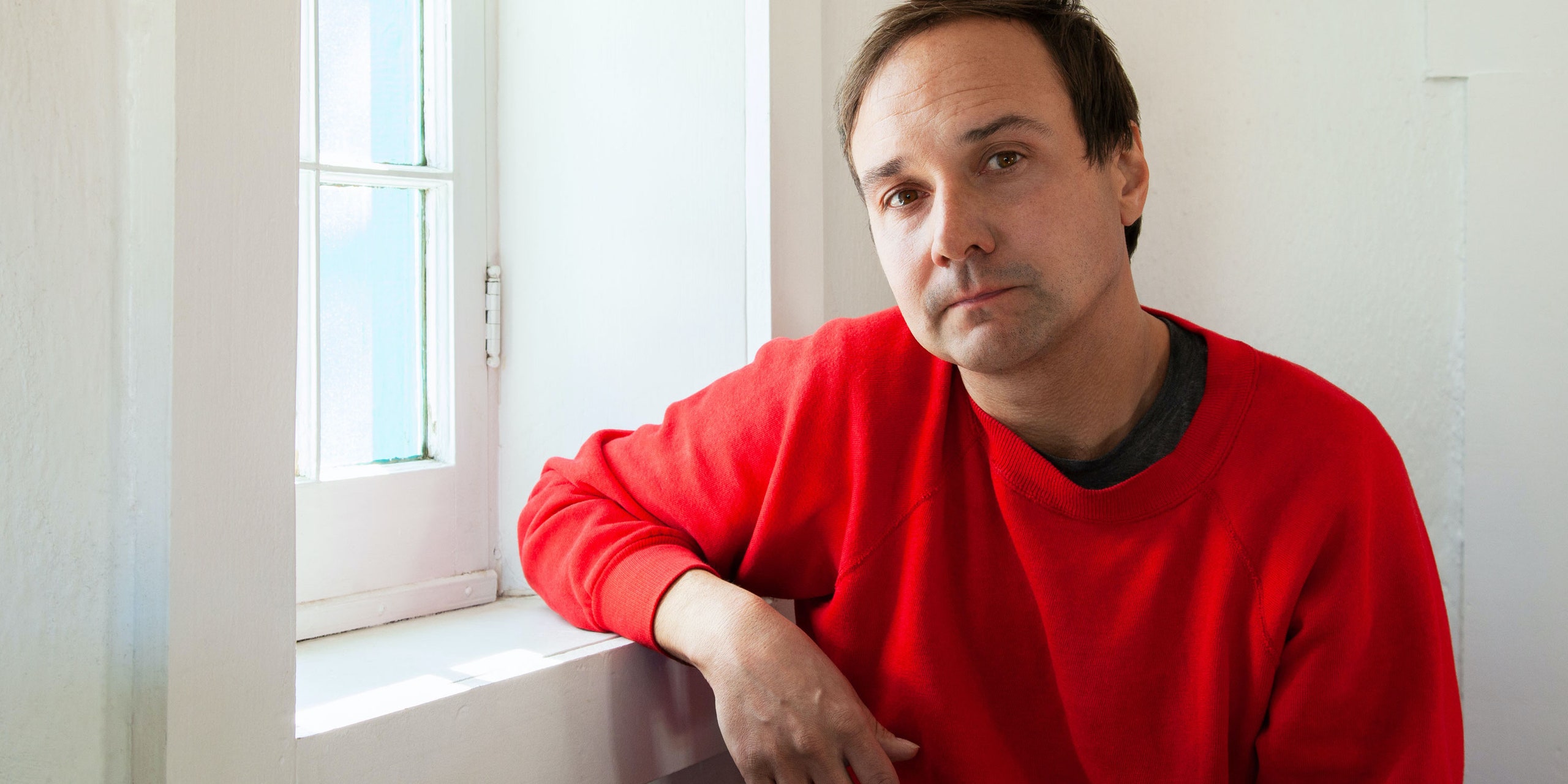 FOR THE FORESEEABLE FUTURE THE FOLLOWING IS REQUIRED FOR ENTRANCE TO ANY UNION STAGE PRESENTS SHOWS:
– PROOF OF VACCINATION AT LEAST 14 DAYS FROM YOUR SECOND SHOT OR NEGATIVE TEST TAKEN WITHIN 48 HOURS OF THE SHOW.

Daniel Rossen has partnered with PLUS1 so that $1 per ticket goes to supporting the Climate Justice Alliance and their work uniting frontline communities and organizations into a formidable force in the climate movement.

Daniel Rossen knew there was a lot to learn if he was finally going to finish his debut solo album. For nearly two decades, Rossen had been a crucial component of Grizzly Bear, the era-epitomizing act whose shared harmonies and interlaced textures meant he was responsible for only part of a whole.

But Rossen left the close-knit nest of Brooklyn many years ago, first for an isolated patch of land in upstate New York and then for the high desert climes of Santa Fe. The whole, as it were, was now his. So Rossen bought an upright bass (one of his instruments as a kid) and played all the parts himself, along with the cello. Best known as a guitarist, he took up woodwinds, too, buying several cheap student models and learning just enough to understand the rudiments. And then, largely at home in Santa Fe, he slowly built the world that is You Belong There, a riveting 10-song reintroduction to a voice that sounds both entirely familiar and fully reenergized by the act of unfettered expression.

For all the benefits of being in a successful band, individuality is not always one of them. Impulses are subsumed by the organization; choices are bound in compromise. As formative as Rossen’s experiences in Grizzly Bear were, he recognized what was lost in that equation or even the contemporaneous and often-playful duo Department of Eagles. His 2012 EP, Silent Hour/Golden Mile, felt like pure energetic effusion, a welcome declaration of self soon after Rossen left the city. Like a slow-motion magpie, he gathered more ideas of his own there, sometimes living with and turning over a riff or a melody for years while embracing the routines of rural life and, eventually, the adventures of parenthood. Self-reliance became a way of life, a mode of mature expression.

That is the landscape surrounding You Belong There, Rossen’s sophisticated and visceral consideration of what comes after the restless enthusiasm and public fanfare of your 20s and early 30s. These songs explore the personally uncharted territory of adulthood, including the troubles left behind and the possibilities that wait ahead.

Rising from a solitary acoustic guitar into a tense orchestral tangle in miniature, “I’ll Wait for Your Visit” reckons with a family history of what he calls “unbridgeable distance,” of feeling perpetually out of place. Exquisite but urgent, “The Last One” turns to look back at the uneasiness of youth and then ahead to recognize that strength can be swapped for stability. The dashing “Unpeopled Space” reflects Rossen’s time in upstate New York, where he built a life amid wilderness that always tried to close in around him. However futile could feel, it was “our work for work’s sake,” as he sings over strings he mostly learned to play for the occasion and harmonies that shift like a series of interconnected see-saws. In their way, these are the true coming-of-age anthems, testaments to the value of continuous growth.

Rossen long studied jazz and classical music, developing the sort of craftsperson’s skills that were so apparent in every intricate fold of his former projects. But there is an unfussy hardiness to You Belong There, plus a punchiness supplied by his newfound self-sovereignty. It’s there in the roiling piano and clattering drums (played by Chris Bear, one of very few guests here) and gnarled guitar of “Tangle,” a broken waltz that arrives in multiple mighty waves. It’s there in the skittering rhythms and darting strings and winds of “Shadow in the Frame,” a tremendous and riveting contemplation of mortality amid the ancient and enchanting landscape of the American Southwest. It’s there in the deceptive simplicity and keyhole dynamics of opener “It’s a Passage,” a magnetic tune whose scenes of wintry idyll and existential confusion perfectly suit its velvet-gloved power. These songs balance finesse and force without compromising either — or anything at all, for that matter.

When Rossen talks about the music he has made, even that of You Belong There, he is appreciably modest, perhaps to the point of self-deprecation. But after a lifetime in the making, the 44 minutes of his debut LP crackle with the resolve and assuredness of a musician empowered by the act of sounding only like himself. There is turmoil, woe, anxiety, and frailty bound up in these songs, feelings we inevitably navigate as we age. But there is also the ineffable splendor of self-expression, a thrill reserved for those bold enough to pursue it. “Can you see me now?” Rossen sings slowly near the end of the title track, marveling at each syllable as though it were some previously unknown treasure. At last, absolutely.