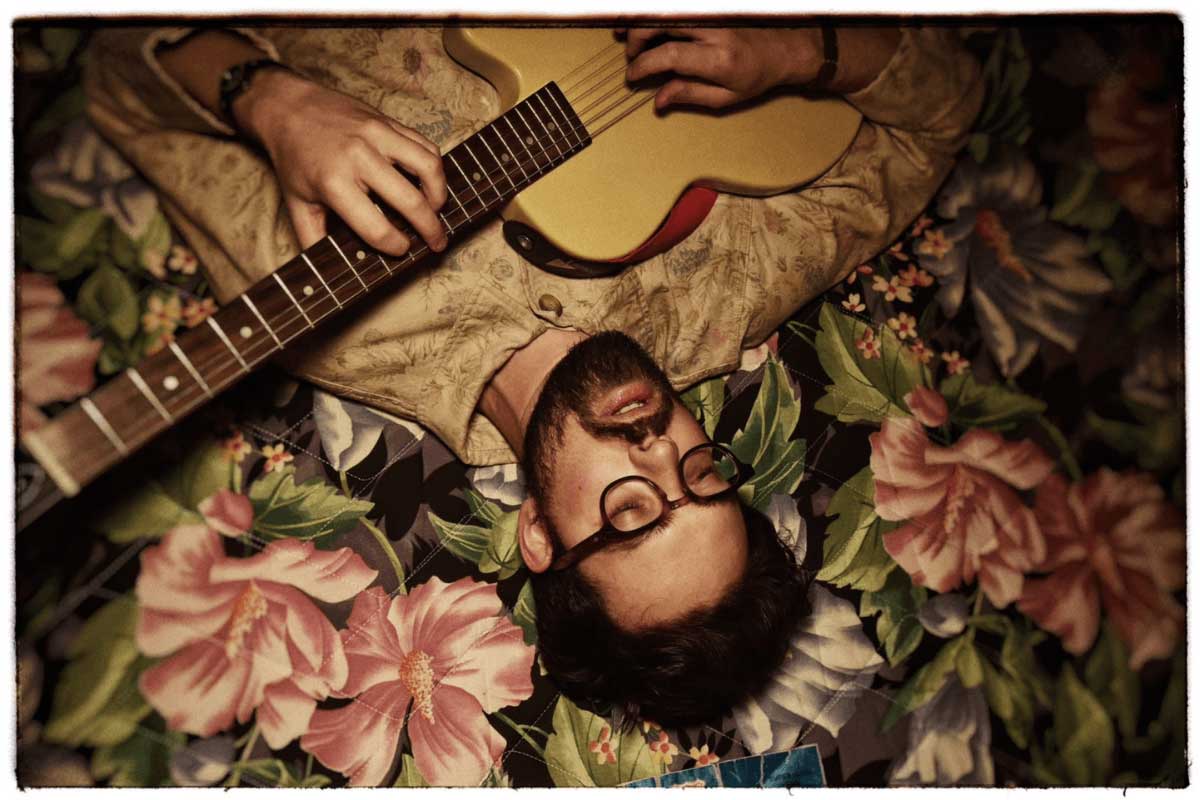 Henry Jamison’s upcoming third LP The Years was produced by Doug Schadt (Maggie Rogers, Claud) plus long-standing collaborators Thomas Bartlett (Florence & The Machine, Sufjan Stevens) and Harris Paseltiner of Darlingside. Featured vocalist Maisie Peters and composer Nico Muhly (Adele, Bjork) round out the cast on what is Jamison’s most dynamic and diverse collection of songs to date.

Since his 2017 debut The Wilds, which was humbly produced with two friends at a sugarbush/apiary in his native Vermont, Jamison has branched out to become one of the most interesting collaborators of his generation. His 2019 follow up Gloria Duplex explored identity, class and masculinity over baroque textures and performances from Thomas Bartlett, Rob Moose (Phoebe Bridger, Bon Iver, Taylor Swift) and Shazhad Ismaily (Damien Rice, Nils Frahm, Marketa Irglová). In 2020 Jamison released Tourism, a five-song folk collection, featuring JOSEPH, Ed Droste, Fenne Lily, Darlingside and Lady Lamb.

Jamison’s uncanny ability to weave folk lyricism and instruments through a popular veneer has led to over 300M streams and widespread praise, especially from his peers. Adrianne Lenker describes, “Songs that sing me through mazes of my own sensuality and sadness and help me to feel less alone in the journey to understand myself.”

Raised by a classical composer father and an English professor mother, Jamison was drawn to music and lyrics from his earliest days and began recording his own homemade cassette tapes while he was still in elementary school. Going further back in Jamison’s lineage, you’ll find George Frederick Root, the most popular songwriter of the Civil War era and the author of the iconic “Battle Cry Of Freedom.” Keep going even further to 14th Century England and you’ll find poet John Gower, a favorite of Chaucer and King Richard II.

A key player in the new wave of contemporary folk singers, Olivia Klugman is an independent singer/songwriter with a rare vocal gift. Self-styled after genre icons like Joni Mitchell and Brandi Carlile, Olivia is known for their beautiful tone and vividly honest storytelling. Their sound is reminiscent of the Golden Age of American Folk Music with a uniquely modern lyrical sensibility.

Following their substantial online success, Oliviareleased a series of new singles in the Spring and Summer of 2021. These songs chronicle Olivia’s struggle to make sense of a senseless world and reflects their experience with queer identity, ambivalence in romantic relationships, and the struggle to establish adulthood. Oliviareleased their latest single “Self Help” on February 4, 2022, a bittersweet tear-jerker about personal growth, and hopes to include it on a full-length LP to be released within the year.