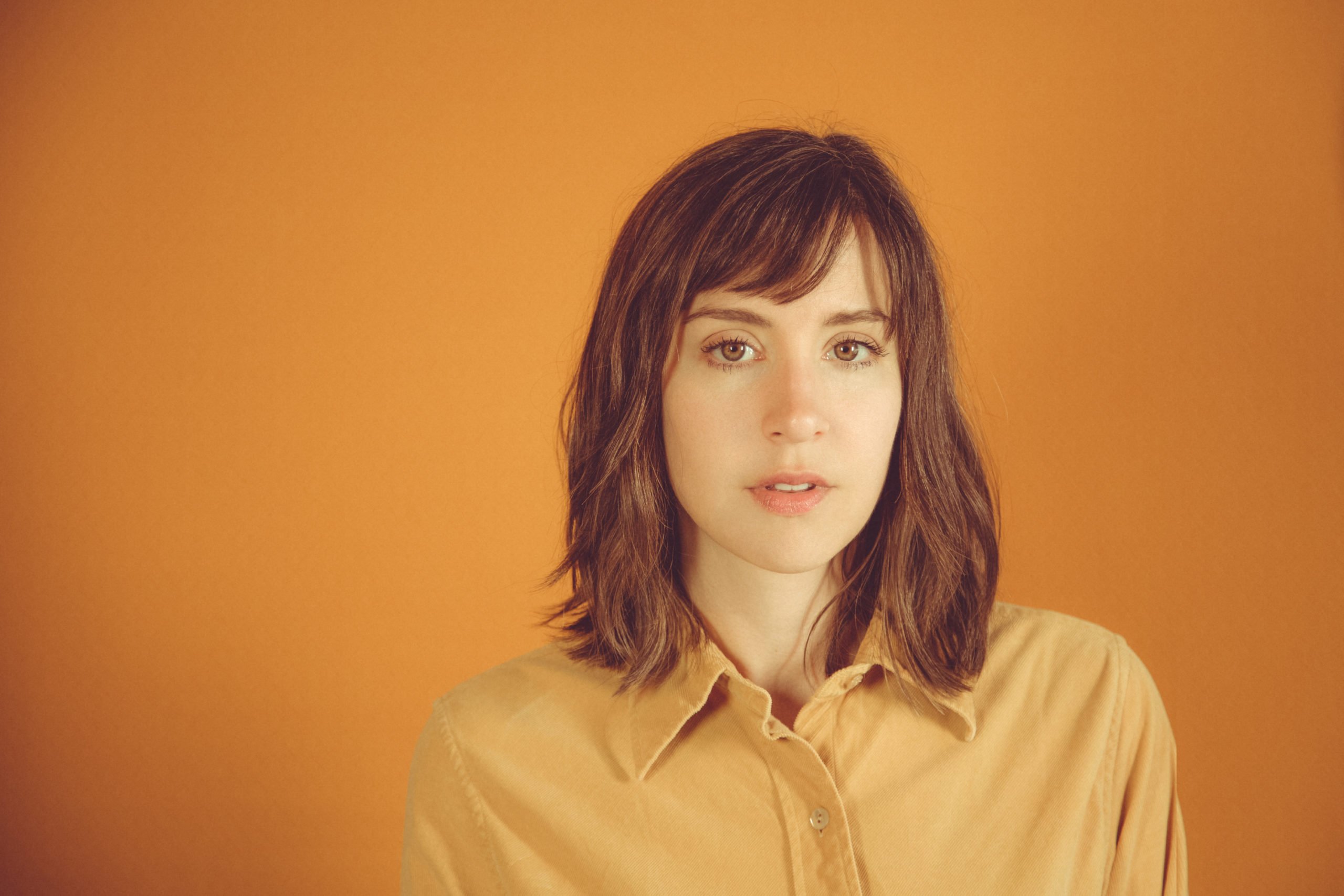 Laura Stevenson begins her new album in a state.

“I’m in a state again, but I stay polite,” she sings queasily over a nest of scraping cello strings. For an uncomfortable minute the uneasiness lingers until the song explodes into an incantation: “It keeps me alive.”

It is a powerful and apt beginning for a record that finds the acclaimed singer-songwriter charting—in exacting detail—some of the most turbulent states of her life.

Here she documents a crisis in real-time, “I relocated for a bit after finishing my last record, to help someone that I love very much who was going through something absolutely unthinkable,” she explains. The album follows every turn as that year unfolded, from rage to helplessness, desperation, and in its own sort of way, acceptance.

“For obvious reasons, I won’t be discussing the specific nature of what happened. I left everything kind of open-ended, but I think doing that helps people relate more to the general experience of going through a crisis or helping someone else through one,” Stevenson says, a sentiment that comes through on every moment of the upcoming self-titled album, out August 6th 2021.

Take “State,” for example. As the song builds, it becomes lost in the rhythm of its own heart-thumping anxiety, every instrument struggling for breath in the second chorus. “I become rage,” Stevenson admits. “A shining example of pure anger.” Then, just when it seems to have passed the point of all reason, something transformative happens: the anger and frustration that have been building bend, turning instead into something “pure and real and sticky and moving and sweet.”

The nauseous anxiety (and surprising transformation) of “State” is followed by a collection of songs that move gracefully between genres, something Stevenson has become known for. The album slides from indie-rock anti-anthems like “Don’t Think About Me” and “Sandstorm” to Harry Nilsson-style string-laden ballads, mid-tempo alt-country, and quiet acoustic confessionals.

“The album was written as a sort of purge and a prayer,” Stevenson says. When it finally came time to record, she was pregnant with her first child. “It was a very intense experience to re-live all of the events of the previous year, while tracking these songs, with my daughter growing inside me, reliving all of that fear and pain and just wanting to protect her from the world that much more. It made me very raw.” Considering this new context, the lyrics to the gently-twanging radio single “Continental Divide” hit that much harder, “what could I do right to keep you safe all of your life?”

While it is often emotionally heavy, Laura Stevenson never strays from its true motivating force: love.

The journey that this new collection of songs takes the listener on may be a familiar one for anyone going through the stages of grief. “Mary” sees Stevenson alone at her piano, recalling the long drive to the scene of the crisis, an agnostic bargaining with holy figures to save a life. On mid-album highlight, “Sky Blue, Bad News” Stevenson punishes herself for things that were ultimately out of her control, going over events in her life that lead up to this moment to figure out why all of this was happening, “Did I shirk something? Did I hurt someone? Was I ever any good? Was I ungrateful?” All this uncertainty and darkness is juxtaposed against a Crazy-Horse-like canter (a song in particular which may remind listeners of Stevenson’s recent Neil Young covers EP with longtime friend and collaborator Jeff Rosenstock, who also plays guitar on some of the new self-titled album’s tracks).