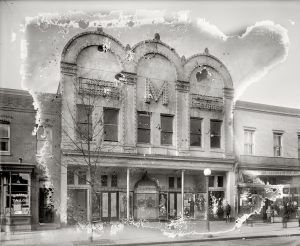 The Miracle Theatre is located on Capitol Hill in the historic Barracks Row neighborhood. The original building, the Meader Theater, opened on December 27, 1909 as a vaudeville theatre with a mix of entertainment, including motion pictures and live performances. The building continued to operate as a movie theatre under several names until 1960: Meader, New Meader, Family and Academy. During the theatre’s many transitions and renovations it showed a variety of films including silent, triple-feature westerns and in the late 1950s, foreign films.

In 1962, The People’s Church purchased the building and served the Capitol Hill community for half a century. On March 23, 2011, National Community Church purchased it and embarked on a mission to revive the building’s rich history as a movie house and live entertainment destination. 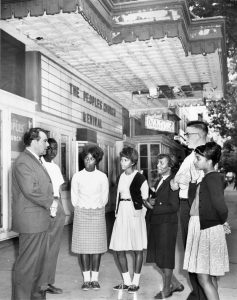 A well-created story transports. It provokes thought and invites us to reimagine. It inspires and beckons us to experience the everyday miracles all around. At The Miracle, we celebrate great art, music, and storytelling that is beautiful, truthful, aspirational, or just plain fun.

Come to The Miracle and be transported. Let us make your day miraculous.