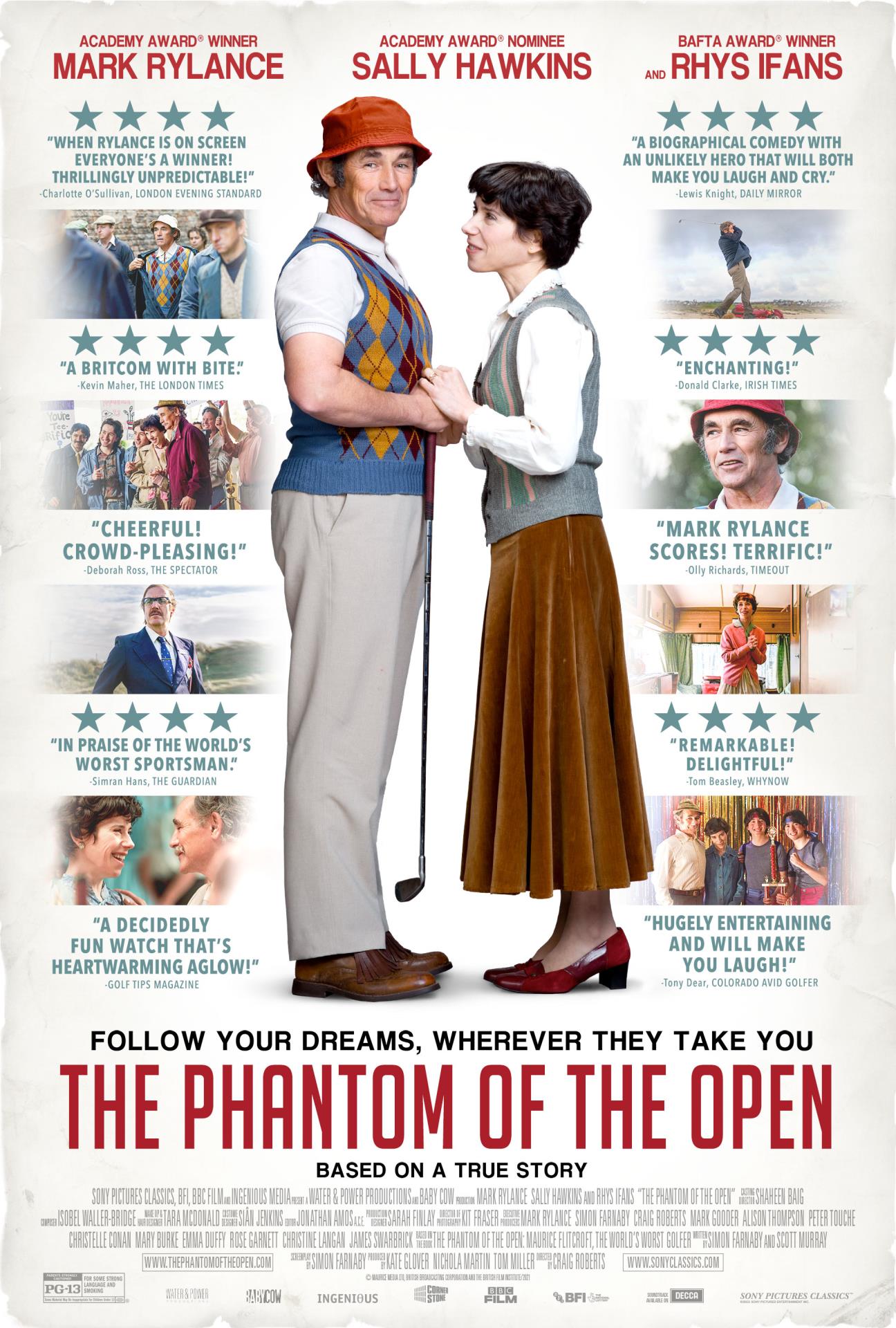 The Phantom Of The Open

THE PHANTOM OF THE OPEN tells the remarkable true story of Maurice Flitcroft, a crane operator and optimistic dreamer from Barrow-in-Furness who, with the support of his family and friends, managed to gain entry to the 1976 British Open qualifying, despite never playing a round of golf before. With pluckiness and unwavering self-belief, Maurice pulls off a series of stunning, hilarious, and heartwarming attempts to compete at the highest level of professional golf, drawing the ire of the golfing elite but becoming a British folk hero in the process.

Starring Academy Award® Winner Mark Rylance as Maurice, Academy Award® Nominee Sally Hawkins as his wife Jean, and BAFTA nominee Rhys Ifans as his nemesis Mackenzie. The extraordinary story of an ordinary man, THE PHANTOM OF THE OPEN is an uplifting and moving comedy-drama about pursuing your dreams and shooting for the stars, no matter what hand you’re dealt.