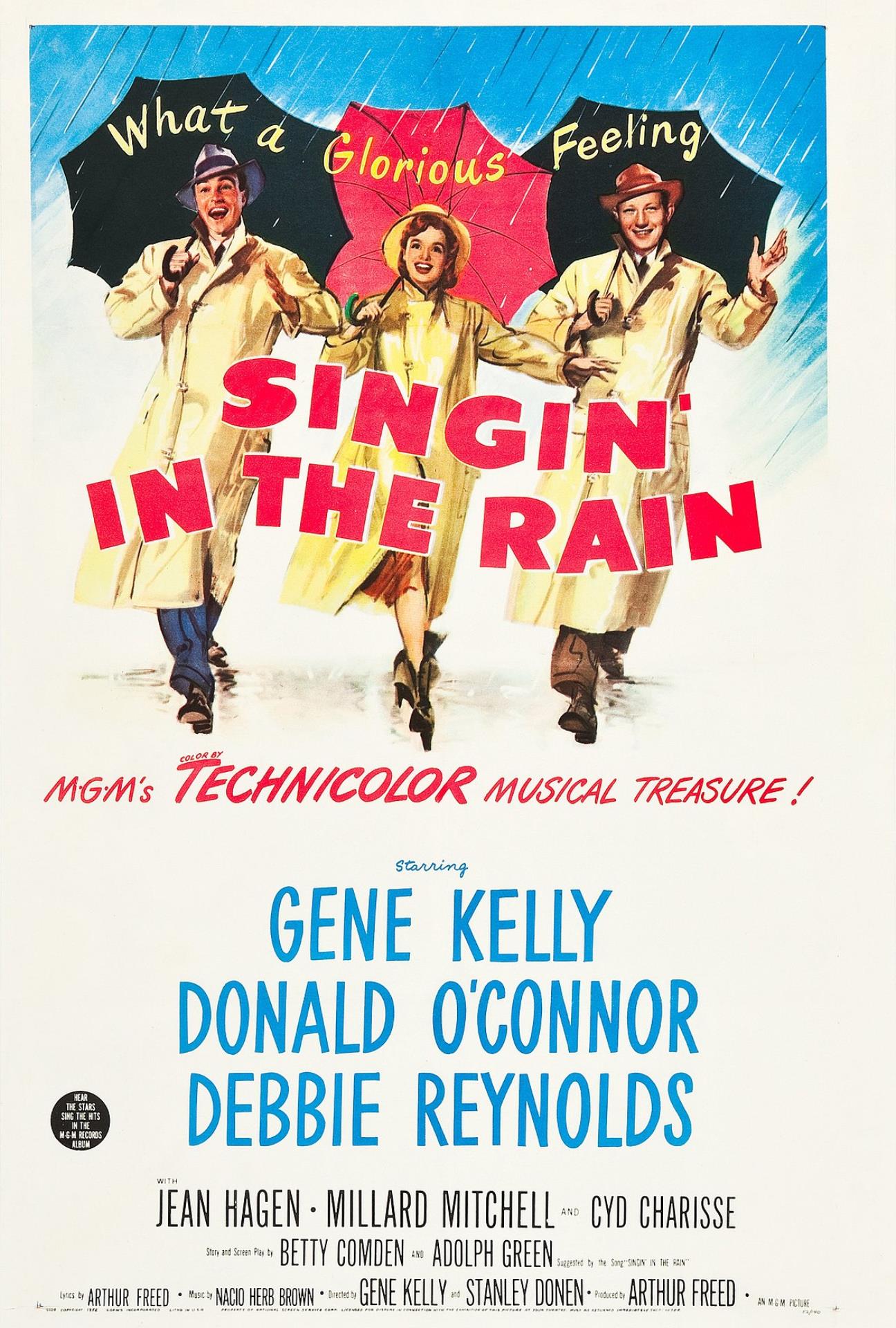 Singin’ in the Rain

When the transition is being made from silent films to `talkies’, everyone has trouble adapting. Don and Lina have been cast repeatedly as a romantic couple, but when their latest film is remade into a musical, only Don has the voice for the new singing part. After a lot of practise with a diction coach, Lina still sounds terrible, and Kathy, a bright young aspiring actress, is hired to record over her voice.

Released in 1952, SINGIN’ IN THE RAIN, was directed and choreographed by Gene Kelly and Stanley Donen, starring Kelly, Donald O’Connor, and Debbie Reynolds.

Handicapped Accessible | Closed Captioning and Assisted Listening is not available for this film.